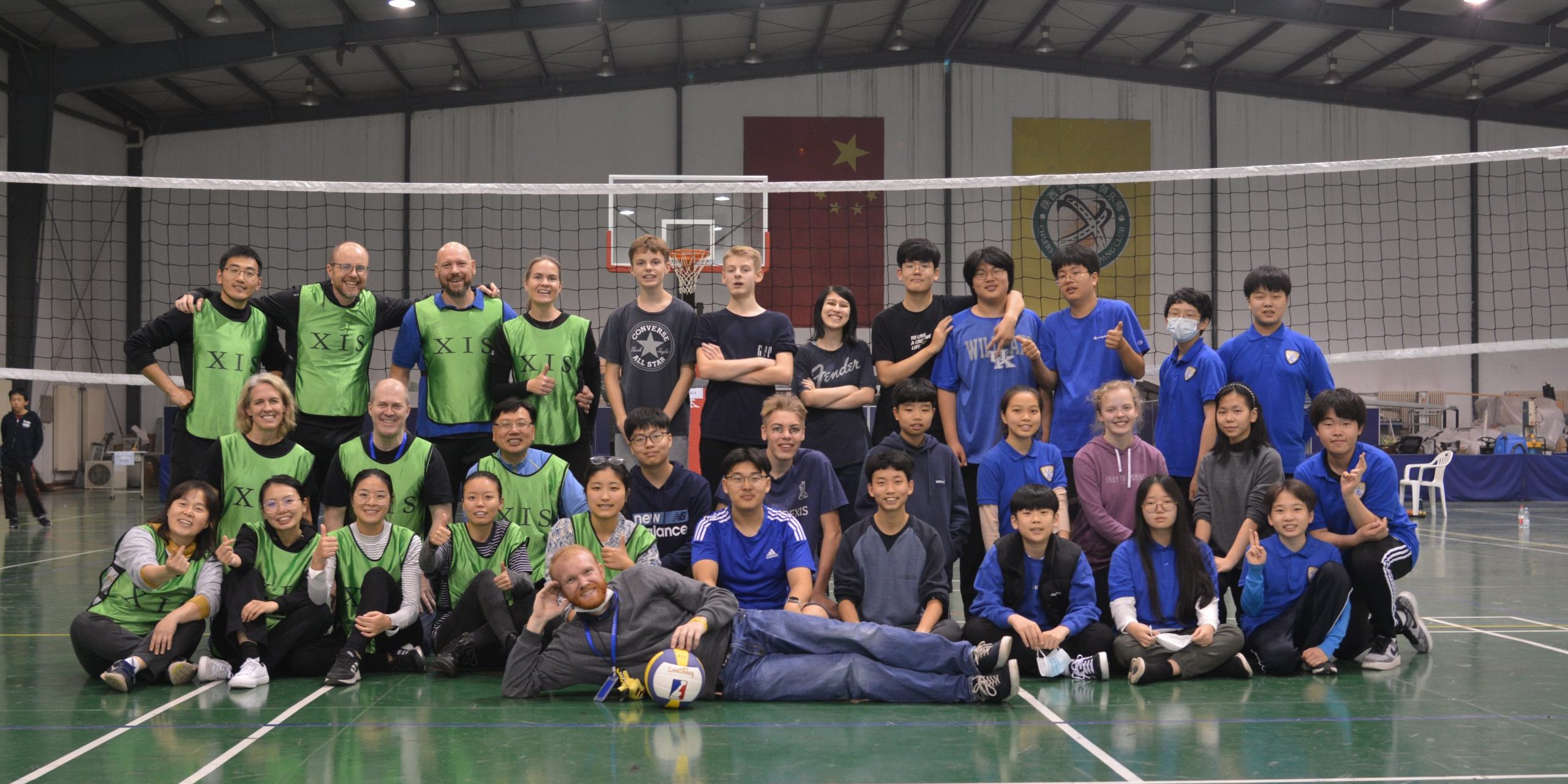 It was truly a battle of skill and tenacity as the teams battled serve after serve; point after point. The results of daily practices for the XIS Volleyball team were clearly evident as the level of play remained at a high level throughout the evening! With amazing effort and brilliant skill the XIS Adults first defeated XIS Blue 25-19 and then XIS Yellow 25-20. However, losing their first games only made the will to win that much greater for our young Warriors!

In a show of what some may call true grit and determination, XIS Varsity Volleyball returned to the court for their final games of the evening and defeated the XIS Adults! XIS Blue won their second match 15-13 with XIS Yellow sealing their victory with a score of 15-9!

More important than anything, was the terrific sportsmanship and leadership on display for those in attendance. Frequently through the match, more experienced XIS Volleyball players instructed and collaborated with the younger students on the team to come up with strategies to defeat their opponent. Frequently, cheers were made not for won points, but also for the personal achievements and effort shown by each student.

We are so proud of the effort given by our students who have worked hard all year to reach their personal volleyball goals! Go Warriors!”