Math Fair was a Success! 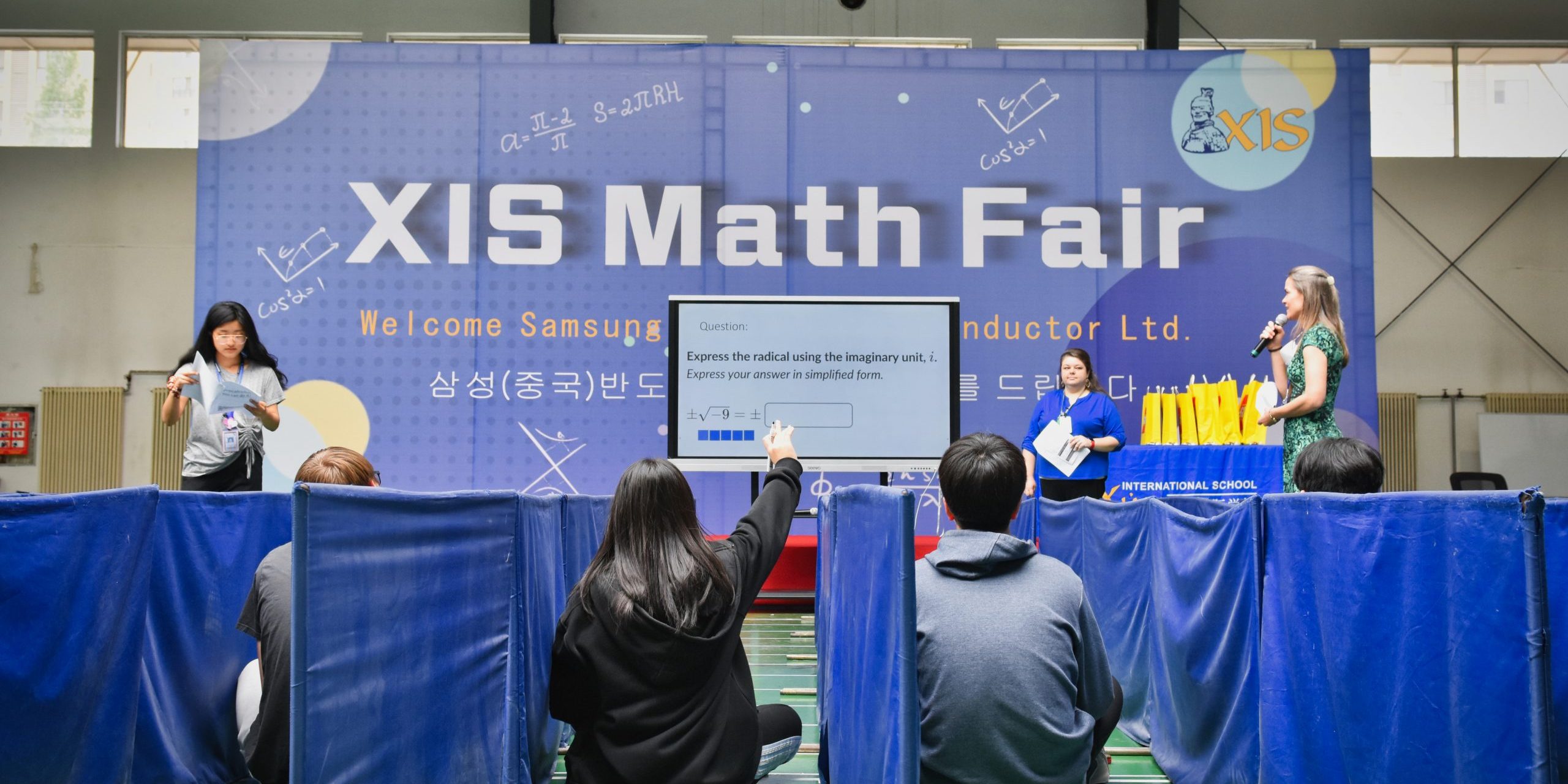 Everyone has heard of a Science Fair, but at Xi’an International School (XIS) there are more.  The students at XIS have hosted many different academic endeavors: History Fair, English Fair, Culture Day, Marco Polo (Chinese) Fair, and this year…drum roll please…a Math Fair on April 22, 2021!  You may be asking, “What is a Math Fair?” At XIS it had a Market theme to encourage students that math can be fun. Read on to get a better picture.

The planning committee prepared age-appropriate questions for each grade from Pre-kindergarten to Graduate. They also provided several levels of questions to challenge the participants, including easy, medium, hard, and advanced questions.  Correct answers were awarded with a stamp on their “passport”.  Stamps could be traded in at the “bank exchange” for “monopoly money”.  Easy questions were worth $1, medium $5, hard $10, and advanced $20. Some students made over $200! Here comes the fun part, the cash could be spent at the prize store on new school supplies, crafts, toys, lamps, chocolate, candy and more!  One high school student asked, “Where did all the great prizes come from?” Thank you to our XIS parents who donated many of the prizes! The Math Market was only half of what was going on in the XIS gym that afternoon for Math Fair.

The second part of the Math Fair was a Math competition.  A High School math teacher and Calculus students had prepared for this piece last year, but their dream was deferred because of the pandemic.  If you have ever seen a Korean quiz show called Golden Bell, then you’ll know what this piece looks like. Each Secondary math class was given a small white board to record their answer.  The class divisions were 6th grade Math, 7th grade Pre-Algebra, 8th grade Algebra, 9th grade Algebra 2, 10th grade Pre-Calculus, 11th grade Calculus, and 12th grade Statistics.  Correct answers allowed the student to take a step forward, but for an incorrect answer the student must move back one step.  This would continue until one student could be declared the winner! In 6th & 8th grades there were ties at the end of the time limit, so those students stayed for the 7th & 9th grade (respectively) competitions to break the ties.  Winners were presented with chocolate and new Lego sets during the awards ceremony.

If you have been fortunate enough to be a part of the XIS community, you can testify to the fact that XIS is a very welcoming crowd.  We had guests from our Chinese campus host, Bodi, and neighboring international school, Hanova. A few guests were even brave enough to participate in the competition. It was also exciting to see parents and staff getting into the market scene trying to answer the graduate logic questions.  When a child asked if they could spend their parents’ prize money, some parents humorously preferred to spend it at the prize store themselves!

To wrap up the Math Fair, several math humor memes were shared, provoking laughter from the crowd. The XIS community was also introduced to a very special guest.  A key representative from Samsung was present to grant XIS a large financial donation.  We want to say a very big thank you to Samsung! The math teachers and aides were given pink carnation bouquets in appreciation of their hard work. Conversations about the Math Fair did not end at dismissal though.  One high school student admitted, “That was pretty cool; it was way more fun than I thought it was going to be!”  Other high school students were hoping that their parent could help them with one of the logic questions after dinner that night. This love of learning is why we are looking forward to our next Math Fair. We hope to see you at our next event.